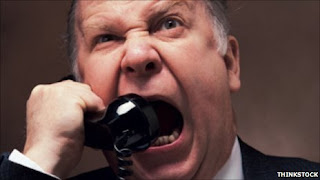 It's a classic job interview question: "What are your strengths and weaknesses?" At the top of the business world, people seem to have taken to heart the advice to admit no negative traits, just positives in disguise, says Lucy Kellaway of the Financial Times.
Every week for the past year and a half, the Financial Times has asked business leaders 20 questions including: "What are your three worst features?"

Executive Sins? They are:

No good at small talk

By studying the replies, I've amassed a treasure trove of data that overwhelmingly supports a long-held pet theory of mine.

The three worst traits of chief executives are a lack of self-knowledge, a lack of self-knowledge and a quite extraordinary willingness to give themselves the benefit of the doubt.
When it comes to describing their dark sides, 58 out of 60 leaders felt bound by the same rule - any weakness is perfectly admissible, so long as it is really a strength.
They almost all cite impatience, perfectionism and being too demanding - all of which turn out to be things that it's rather good for a Chief Executive Officer (CEO) to be.

Anyone who has ever spent five minutes talking to a CEO can tell you that they have more faults than the next person, because they are extreme versions of humanity.

In the past 15 years of studying them, I've drawn up a list of the seven most common deadly sins.

They are control freaks. They are vain. They are ditherers. They don't listen. They are bullies. They are afraid of conflict. And they can't do small talk.

Given that most of the 60 interview candidates were probably guilty of at least one of the above, why did none of them own up?

The first possibility is that they didn't dare.
But I suspect the real problem is worse: they don't know what their faults are.
A decade of psychobabble, coaching and 360-degree feedback has made no difference.
It has not changed the most basic truth - people never speak truth to power.

This denial of flaws is a pity. We like people better when they wear their blemishes openly. It makes them seem more human.
There is only one senior leader I know who has no obvious faults at all.

His lack of weaknesses does not make me think him the most brilliant executive I've ever met. Instead it makes me think him flimsy and slightly untrustworthy. I'm sure there is a bad weakness in there somewhere, and it troubles me that I haven't yet found it.

Of the 60 leaders, only two admitted to big faults.
Marcus Wareing owned up to one of the most common yet unmentionable sins - he doesn't listen.
But then he's a chef, and chefs aren't meant to be listening. They are meant to be making sure the iles flottantes are taken to table six - now!

My prize for honesty goes to Jon Moulton, the private equity tycoon, who has made enough money to be able to say what he likes.
His declared weakness is absolutely taboo, yet goes with the territory. Indeed, it is a weakness the other 59 leaders demonstrated through the self-serving answers they gave.
His stated fault - "excess of ego".
Posted by Susan Corcoran at 11:05 a.m.

I really liked the article, and the very cool blog