Entrepreneurship is a World of Noes 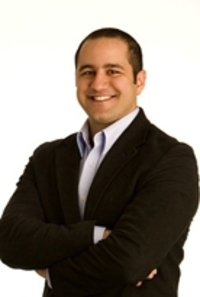 Hooman Radfar says entrepreneurs need three things to succeed: persistence, persistence, persistence. “The world of entrepreneurship is a world of no’s. No, I don’t want to invest. No, I don’t want to buy your product. No, you can’t do it,” says the founder of Clearspring. “The most successful entrepreneurs I have met face the word ‘no’ with courage. Instead of stopping, they try to learn from the experience and improve their pitch, product, or – frankly – approach to business.” He says it’s that persistence in the face of adversity, that willingness to continue to stretch and learn, that separates the good from the great.


They say life imitates art – and in Radfar’s case, art imitates entrepreneurship. When Radfar was young he loved to build, draw, write, play music, and any other type of art. He loved to create, and as he got older he transferred that skill and energy into programming applications. Now that he’s an entrepreneur, his childhood hobbies are helping him out in business. “As an entrepreneur you have the ultimate creative task – building something that can, in turn, output new creative works independently of you,” he says. “That has been fascinating.”

It was in 2004 that Radfar realized that the web was shifting from a publishing platform into a platform for services. ”These services would be tied together by a social layer,” Radfar says. “Our vision was to help facilitate that world and we started with the simple premise which lies at the heart of the social web – content sharing.” Along with his co-founder Austin Fath he started Clearspring, a leader in connecting publishers, services and advertisers to audiences on the social web. Radfar says the original idea has changed over the years based on online trends. “The idea and business have evolved as social networking has unlocked the next big wave – big data,” he says. “Using big data, entrepreneurs can now create more intelligent services that are truly personalized to you. It’s a very powerful idea and we are in the first inning.”

When asked about his challenges in the early days of the business, Radfar says ‘everything.’ “We didn’t have enough experience, we didn’t have enough money and we didn’t have enough time. So I guess it all boiled down to having the discipline to focus on something small enough that we could move forward, but was valuable enough to get us a ‘pass’ to the next level.” He says whether it was a prototype to show to investors, or a beta test for customers, being able to identify the most important and hitting it out of the park is consistently one of the greatest challenges for an entrepreneur.

Most startups dream of being acquired, but Radfar instead turned his attention to acquiring sharing platform AddThis. He wanted to create a lighter weight platform that enabled publishers to share anything – widgets, links, etc. – to any site. “We were the leaders in the widget sharing and tracking space in the early days of the social web. We recognized that, for our customers, it wasn’t about the noun – the widget – as much as the verb – sharing,” he says. “AddThis had a great early brand, great lightweight approach, and a great founder in Dom Vonarburg who believed in the future of sharing and social data.” Clearspring acquired AddThis in 2008, and Radfar says it was one of the best decisions the team made, and he’s proud of the team for following through with it.

Radfar is on the board of Pittsburgh startup accelerator AlphaLab, and says he thinks it is absolutely critical for entrepreneurs to reinvest their experience back into early stage companies. He works with a number of young companies as an advisor or investor, including Always Prepped, which provides online math practice. The advice that he gives to early startups is simple. “Surround yourself with the best people possible at every stage. At the earliest stage, that means getting good advisors and co-founders. At the later stages, that means getting the best board, investors and executive team possible,” he says. “People are the beating heart of it all and having the best people on the bus is paramount.”

Clearspring has no shortage of impressive numbers to flaunt – the company has raised $60 million to date from investors including Ted Leonsis and Steve Case, and their AddThis platform is used by nine million sites reaching over one billion unique users monthly. But Radfar says one of his proudest moments was when his brother Cyrus, who was a founding engineer, left the company to start his own company called Kapuno. “The fact that he felt confident and armed enough to build something from scratch because of his experience at Clearspring was really inspiring to me. At the end of the day, it shows that the impact Clearspring is already having echoes far beyond our walls.”

Recently Clearspring hired a new CEO, Ramsey McGrory, who joins from Yahoo! where he led their $1 billion Right Media business. Radfar has taken a new role as Executive Chairman, and in that role he will lead the board and partner with Ramsey to focus on product and marketing. “Clearspring has built an amazing platform and team,” Radfar says. “As our President and COO Gar Richlin says, we need to ‘run through the tape’ and finish the job.”
Posted by Susan Corcoran at 8:53 p.m. No comments:

Steve Jobs and the Seven Rules of Success 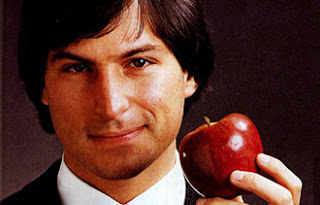 Steve Jobs' impact on your life cannot be underestimated. His innovations have likely touched nearly every aspect -- computers, movies, music and mobile. As a communications coach, I learned from Jobs that a presentation can, indeed, inspire. For entrepreneurs, Jobs' greatest legacy is the set of principles that drove his success.

Over the years, I've become a student of sorts of Jobs' career and life. Here's my take on the rules and values underpinning his success. Any of us can adopt them to unleash our "inner Steve Jobs."

1. Do what you love. Jobs once said, "People with passion can change the world for the better." Asked about the advice he would offer would-be entrepreneurs, he said, "I'd get a job as a busboy or something until I figured out what I was really passionate about." That's how much it meant to him. Passion is everything.

2. Put a dent in the universe. Jobs believed in the power of vision. He once asked then-Pepsi President, John Sculley, "Do you want to spend your life selling sugar water or do you want to change the world?" Don't lose sight of the big vision.

3. Make connections. Jobs once said creativity is connecting things. He meant that people with a broad set of life experiences can often see things that others miss. He took calligraphy classes that didn't have any practical use in his life -- until he built the Macintosh. Jobs traveled to India and Asia. He studied design and hospitality. Don't live in a bubble. Connect ideas from different fields.

4. Say no to 1,000 things. Jobs was as proud of what Apple chose not to do as he was of what Apple did. When he returned in Apple in 1997, he took a company with 350 products and reduced them to 10 products in a two-year period. Why? So he could put the "A-Team" on each product. What are you saying "no" to?

5. Create insanely different experiences. Jobs also sought innovation in the customer-service experience. When he first came up with the concept for the Apple Stores, he said they would be different because instead of just moving boxes, the stores would enrich lives. Everything about the experience you have when you walk into an Apple store is intended to enrich your life and to create an emotional connection between you and the Apple brand. What are you doing to enrich the lives of your customers?

6. Master the message. You can have the greatest idea in the world, but if you can't communicate your ideas, it doesn't matter. Jobs was the world's greatest corporate storyteller. Instead of simply delivering a presentation like most people do, he informed, he educated, he inspired and he entertained, all in one presentation.

7. Sell dreams, not products. Jobs captured our imagination because he really understood his customer. He knew that tablets would not capture our imaginations if they were too complicated. The result? One button on the front of an iPad. It's so simple, a 2-year-old can use it. Your customers don't care about your product. They care about themselves, their hopes, their ambitions. Jobs taught us that if you help your customers reach their dreams, you'll win them over.

There's one story that I think sums up Jobs' career at Apple. An executive who had the job of reinventing the Disney Store once called up Jobs and asked for advice. His counsel? Dream bigger. I think that's the best advice he could leave us with. See genius in your craziness, believe in yourself, believe in your vision, and be constantly prepared to defend those ideas.