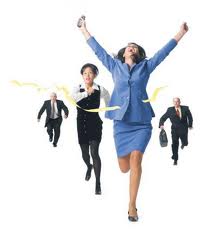 Over the years I have seen many variations on employee performance reviews. I think the most important item is that companies actually hold reviews, no matter how small, with a minimum of semi annually but ideally quarterly performance reviews. This will help you career path and retain exceptional talent, realign job responsibilities based on someones abilities and/or desires as well as manage people out that are not a good fit.

I personally prefer the score card where an employee rates their own performance and compares that to their managers review and they discuss the strengths an weaknesses from a 360 degree view.

Here are 10 questions to include in an employee performance review:

1) What do you see as the primary drivers of success in our organization?

2) What do you see as the top opportunities for us to increase our organizational performance (e.g., increase market share, drive customer satisfaction, reduce cost, improve processes, etc.).

3) What do you feel your greatest win/success has been over the past 6 months?

4) List specific contributions to your team, the company or to a customer

5) What do you need from me in order to be even more successful in your role?

6) What short- and long-term developmental activities are you interested for your current / future role?

7)  Do you have a mentor and if not could I help you identify someone who could provide you career guidance?

8) How would you describe the corporate culture here? What leadership opportunities could you take to improve company culture?

9) Rate your job satisfaction and describe the things that you feel were the biggest contributing factors to that rating.

10) What feedback or questions do you have for me as it relates to your goals and objectives for the next 6 months?

A standardized review form across all employees held within the same week, will ensure that the reviews are perceived as fair and equitable. I suggest to my employees that they keep a running list of their accomplishments and organizational items that they feel helped/impeded them or the customer experience as they come up. This way they wont forget what they have done. It can be a great sense of pride to have an employee with a big long list of wins, contributions and accomplishments.

Performance reviews are good for the health of the employee, the organization and its upward mobility.
Posted by Susan Corcoran at 6:32 a.m. No comments:

If you're like most business people, you've probably read your fair share of jargon-filled emails this year. Bursting with sentences that sound like Dilbert comics, these messages do almost everything but get to the point. As the year winds to a close, time has come to recall some of the more popular and most obnoxious such phrases of 2010. 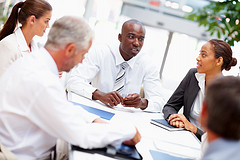 Definition: To try to "boil the ocean" is to take on a task that is so difficult, or requires so many company resources, that it would be just about as easy to boil the Atlantic Ocean. Often however, this phrase is used by an office drone who wants to make his meager responsibilities seem like herculean efforts.

"I want to make sure this deal goes through, but we don't want to have to boil the ocean here. Let's come up with a game plan we can all play ball with." 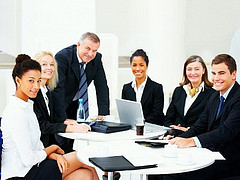 Definition: An unnecessarily pompous word used in place of "to clarify." Generally, this term is uttered by a clueless manager who can't understand exactly what is being discussed, but doesn't want to reveal himself as an imbecile. Rather than admitting to be lost in the conversation, he might dress it up a bit and throw this gem out there to ask for clarification.

"Your last email looks pretty good, Mark, however I'm going to need you to disambiguate the part about our quarter 4 figures so that I can rally the troops back at base camp and break it down for them." 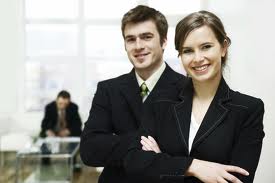 Definition: A game-changer is any new product or strategic decision that brings about colossal profits and monumental success. Ever since this phrase was spoken by rapper P-Diddy in the 2010 comedy "Get Him To The Greek," few executives have been able to stifle the urge to utter the phrase to their subordinates.

"Johnson, your proposed deal was on the right track, yet ultimately underwhelming. What we need here is a real game-changer!"

Definition: Moving forward is a business speak for "from now on," and is usually used in a disciplinary statement. Some executives want to feel like every decision they make is in some way instrumental to the direction of the entire organization. Using this phrase in place of such common expressions as "in the future," and "starting now," lends itself to the fantasy that new office policies will make them business literature legends.
"I didn't always mind the way your department represented our brand in the past, but moving forward we're going to have to ask you to follow protocol to the T."

Definition: A shorter and more urgent way of saying "get to the point." This phrase is often used when you want to appear as if your time is very important and you aren't sure if simply asking for the bottom line will convey this strongly enough.

"I see a lot of fluff and necessary chatter in your email here, can you just give me the net-net on the situation?" 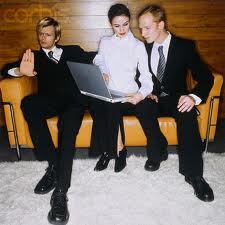 Definition: The hip new way to say "talk to my coworkers." From social networking to social media, movies about Facebook to popular new social phone applications, 2010 has been the year of "social" everything. It was only a matter of time before the business pop culture adopted the craze and applied it to areas where it doesn't belong.
"Thanks for your speedy reply on this proposal! Things look good at a glance, so I'm going to socialize internally over here and get back to you by the end of the business day." Definition: Simply put - any completed work that improved a product or service. Around bonus season, it sounds more powerful to reaffirm that you are "adding value" to the company, rather than simply "doing your job."

"While the rest of the team circles back to discuss the accuracy of the flowcharts, I'll be working on several value adds for the current project." 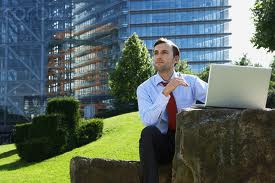 Definition: A tasty phrase used to describe a deal that is easy to obtain. If you ran a used car lot, for example, the male teenage driver with an eye on your red muscle car is low hanging fruit, because it won't take much more than a conversation about girls and speed to put the keys in his hands and a loan on his credit.

"Moving forward, we need to remember that this business is all a numbers game and go after the low hanging fruit as often as we do the big accounts." 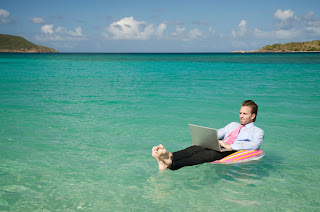 Definition: A polite way of saying "you are not really working and your may want to reconsider your work ethic." It's bad etiquette to utter profanity in the board room, so while you may have several choice words for the guy who dropped the ball on the big account and cost you your holiday bonus, it's best to use this phrase in place of the expletives.
"I know we're all excited about the new direction this project is headed, so as long as none of you screw the pooch on your deadlines, we should be able to get the deliverables in front of some eyeballs by this time next week." 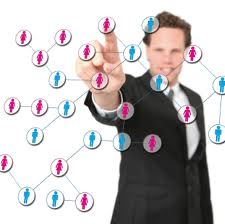 Definition: A very puffed-up and consequential nickname for "tasks." Of course, no one ever feels as cool John Rambo slashing through the jungle and knocking down enemy camps with nothing more than a cross bow and combat knife when they call their work "a bunch of tasks." To avoid this belittling feeling, some business folks have begun referring to the things they need to do as "action items." When has organizing the mail room sounded more exciting?

"I'd love to put in some face time and go over the contract ASAP, but I'll be working on several action items today and won't have free time until tomorrow."

Thanks to Focus.com for the content, gently tweaked by me
Posted by Susan Corcoran at 2:16 p.m. No comments: