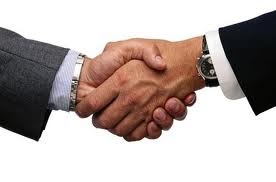 Here is Ask Annies list of the top 10 job interview myths, and how to deal with them:

Myth #10: The interviewer is prepared.

"The person you're meeting with is probably overworked and stressed about having to hire someone," Couper says. "So make it easy for him or her. Answer that catchall request, 'Tell me about yourself", by talking about why you're a great fit for this job. If it's obvious they haven't read your resume, recap it briefly, and then tie it to the job you want." Tell them what they really need to know, so they don't have to come up with more questions.

Myth #9: Most interviewers have been trained to conduct thorough job interviews.

While human resources professionals do get extensive training in job interviewing techniques, the average line manager is winging it. "To make up for vague questions, be specific even if they don't ask," Couper suggests. "Be ready with two or three examples of particular skills and experiences that highlight why they should hire you."

Myth #8: It's only polite to accept an interviewer's offer of refreshment.

"They usually try to be courteous and offer you a drink, but they don't really want to bother with it," says Couper. "Unless the beverage in question is right there and won't take more than a second to get, just say, no, thank you."

Couper once interviewed a job candidate who said she would love a cup of tea, which, he recalls, "meant I spent half the allotted interview time looking for a tea bag, heating water, and so on. It was irritating."
Another good reason, Couper says, to decline caffeine is that "if the interview is a lengthy one, you don't want to need a restroom halfway through the conversation."

Myth #7: Interviewers expect you to hand over references' contact information right away.

Hold off until you're specifically asked, Couper advises, and even then, you can delay a bit by offering to send the information in an email in a day or two. There are at least two good reasons for not rushing it, Couper says. First, "you sometimes don't know until the end of the interview who would be the best references for this particular job," he notes. "If you get a sense that the interviewer cares most about, for instance, teamwork, you want to choose someone who can attest to your skills in that area. A reference who can only talk about some other aspect of your work is not going to help."

Second, and no less important, "you want a little time to prep your references, by gently coaching them on what you'd like them to say, before the employer calls them."

Myth #6: There's a right answer to every question an interviewer asks

"Sometimes how you approach your answer is far more important than the answer itself," Couper says. If you're presented with a hypothetical problem and asked how you would resolve it, try to think of a comparable situation from the past and tell what you did about it.

Myth #5: You should always keep your answers short.

Here's where doing lots of research before an interview really pays off. "The more you've learned about the company and the job beforehand, the better able you are to tell why you are the right hire," Couper says.

Don't be afraid to talk at length about it, partly because it will spare the interviewer having to come up with another question for you (see Myth #1 above) and partly because "in a good interview, you should be talking about two-thirds of the time."

Myth #4: If you've got great qualifications, your appearance doesn't matter.

Reams of research on this topic have proven that physical attractiveness plays a big part in hiring decisions. "Anyone who says otherwise is lying," Couper says. "People care about your looks, so make the absolute most of what you've got." Even if you're not drop-dead gorgeous, it's impossible to overestimate the importance of looking "healthy, energetic, and confident."

Myth #3: When asked where you see yourself in five years, you should show tremendous ambition.

The five-year question is a common one, and it's uncommonly tricky. "Interviewers want you to be a go-getter, but they also worry that you'll get restless if you don't move up fast enough. So you want to say something that covers all bases, like, 'I'd be happy to stay in this job as long as I'm still learning things and making a valuable contribution,'" says Couper.
You might also consider turning the question around and asking, "Where do you see me in five years?" Says Couper, "Sometimes the answer to that -- like, 'Well, we'd expect you to keep doing the same thing we hired you to do' -- is a good way to spot a dead-end job."

Myth #2: If the company invites you to an interview, that means the job is still open.

Alas, no. In fact, the job may never have existed in the first place: "Some companies use 'interviews' to do market research on the cheap. They ask you about your current or recent duties, your pay scale, and so on, to get information for comparison purposes." Another possibility, Couper says, is that "they may already have a strong internal candidate in mind for the job but just want to see if they come across someone better."

If you get an interview through a networking contact, he adds, "an employer may interview you simply as a courtesy to the person who referred you, if that is someone they don't want to disappoint."
Even if the job opening is phony, it's still worth going, he says: "Sometimes they discover you're a good fit for a different opening that really does exist. You never know where an interview might lead."

And the #1 myth about job interviewing: The most qualified person gets the job.

In at least one crucial respect, a job interview is like a date: Chemistry counts

"A candidate who is less qualified, but has the right personality for the organization and hits it off with the interviewer, will almost always get hired over a candidate who merely looks good on paper," Couper says.
What can you do if you suspect you're not knocking an interviewer's socks off?

"At the end of the discussion, you'll probably be asked if you have any questions," Couper says. "If you sense the person has reservations about your style, ask what the ideal candidate for this job would be like."

Then think fast. Can you talk a bit about how you fit that profile? "Addressing any concerns the interviewer might have, beyond your formal qualifications, is your chance to seal the deal," Couper says.

Labels: Interviewing for a Sales Job